We evaluate products independently. 10 Best Mattresses is reader supported, this means we may be compensated for purchases originating from links on our website.

Ever wonder why at times you wake up feeling refreshed while at other times you wake up still longing for a few minutes more, despite sleeping for relatively the same amount of time? Could it be that you’re roused from a specific part or stage of sleep? There are five known stages in the sleep cycle. What are the five stages of sleep? And since there are stages, what is the deepest stage of sleep? How long is each sleep stage? What happens during each sleep stage?

REM sleep is where dreams occur where we either live in a fantasy world or exist in a world similar to ours, acting out moments of our past or future. Our eyes move rapidly under the closed eyelids as if seeing the dream world, hence the term. NREM sleep can be divided into four stages, where the last stage is REM sleep. Below are the five stages of sleep describing

What happens during each sleep stage?

What is the deepest stage of sleep?

It’s easy to wake an individual during this stage compared to Stage 3 or 4. But like Stage 3 and 4, a person can feel groggy when awakened from REM sleep. Body restoration also continues during REM sleep. But why dream at all and disrupt what is already a pristine stage 3 and 4? We complain that we do not have enough waking hours or wonder why we need to sleep so long, or at all since life is so short as it is.

Scientists believe that dreaming is essential to brain development, especially in children. The body needs to rest and restore itself but to compensate, dreams are used to simulate additional waking hours for the body from which we can learn literally or figuratively.

But humans do not experience the 4 or 5 stages of sleep in one go during a sleep session. Each sleep cycle lasts from 90 to 120 minutes. That’s about four cycles for a standard 8-hour period. These sleep cycles don’t tend to be sequential either, nor are they completed all the time. There are times that persons only sleep at stages one to two, rinse and repeat and only manage to reach stage 3 and REM into the deep hours of the night.

So although a person gets to sleep 8 hours a night regularly, waking up may not be the same every day as many factors can affect or disrupt the normal sleep cycle and the amount of deep sleep (stage 3 and 4) the human body requires. Thus there are days when a person feels exhausted despite sleeping for 8 hours or feel refreshed after sleeping for 6 or 7.

The fact that we can’t make up our minds on how many stages of sleep there are or whether or not to classify REM sleep as part of the sleep cycle means that there are parts or this regular but essential human activity that remain a mystery. AT this stage, however, we understand enough that as adults, obtaining the right amount of sleep is necessary to heal the body and restore its strength in preparation for the next day.

Emily is the content director and a contributor with 10 Best Mattresses. Emily was born and raised in Texas. After college she taught English for one year in Japan. Emily is an advocate for getting a good night’s sleep and she is passionate about promoting the benefits of good sleep such as increased alertness, improved mood and increased energy.

There was a time Emily was having trouble getting the type of sleep she had while in her 20’s. This has happened to a lot of us, right? Anyway, after noticing her quality of sleep declining, including a period of insomnia, Emily started researching sleep and sleep topics. In addition to sleeping on a great mattress with great bedding, Emily has a night time routine that works for her. She says it’s a firm mattress, a good book, milk, magnesium and fish oil. Emily sleeps great every night and her smile shows it everyday! 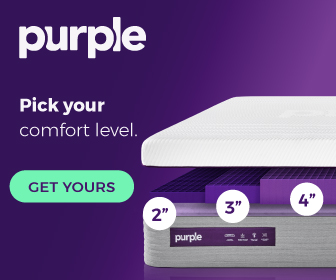 Scroll to Top
We use cookies to ensure that we give you the best experience on our website. If you continue to use this site we will assume that you are happy with it.Ok, thanksPrivacy policy